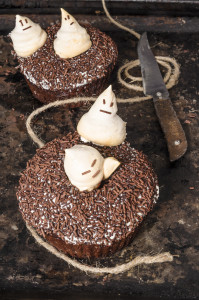 IF we have ghosts, they are just marshmallow puffs!

They say we have had a passel of ghosts here at the Deerfield Inn for hundreds of years. At least two of them are pretty active still. One is a bit bossy and inquisitive, one is mischievous and gets excited when children are staying. No doubt a load of cobblers, but we do have people who stay here, people who work here, who are very sensitive to energy and auras, and the same activities keep repeating themselves from time to time – tissues on the floor, pinch on the bottom, tug on the pillows, things being moved from one spot to another, a knock on the door late at night…

We are not saying what has been happening these past weeks has anything to do with anything, but it is odd. Things that have been in one place one minute have gone the next. We wait a bit and that object is suddenly back again. The sign for the front desk, for example, that has a little owl on it and says “Owl be right back”: It hangs on a brad right where we can snag it and put it out on the desk if we have to step away. Carrie put it out, went to help with a TV problem, returned, put the sign back. It is a routine reflex. Then she got another call later at night, reached out for the sign – and it was gone. When she came back – bingo, there it was hanging where it should have been. This little tease has been going on for a fortnight now.

That is perhaps not as strange as a whole series of oddities just the other day – Champney’s Assistant Manager Nikki is no newbie at service. She very seldom makes an error, and she certainly has never tipped an entire bowl of soup towards herself as she was placing it on a table! Eric went to get a replacement, joking to Nikki it must be Herschel, and as he approached the table he felt his serving arm being flipped up towards him….

Nobody hurt, consternation mixed with amusement all around. You are probably thinking we were just being clumsy. One server maybe, but not two of our very, very best!

Eric then felt for his pad where he keeps it in his back pocket to take an order. It wasn’t there, so he relied on memory. As he went into the server pantry to replace his pad with another, he found his pad back in his pocket…. Huh. He filled his plastic water beaker, placed it on the coffee station counter, and pushed it towards the back. Matt called, “Service!” and Eric went to pick up. As he went by the counter, he and Matt saw, out of the corner of their eyes, the beaker slide from the back to the front of the counter, and splash to the floor.

All very strange. Who knows?